More in The blog

Not about Snow White

Who has never sung in front of the mirror? Or conversed with him? Or rehearsed an upcoming conversation?

The mirror reflects an image of oneself when one is looking in it. And are we to believe in the usefulness of this reflection for it is such a reflex to take a furtive look at oneself or to look closer whenever possible. Did you know that so-called alternative pedagogies such as that of Montessori recommend positioning a mirror in the environment of a very small child so that he or she can look into it and activate the neurons of the corresponding name?

From an object used for adornment, the mirror becomes a support for appearance. Mirrors don’t lie, they say. Mirrors will reveal you as you are, at the very moment you use them. The possible deceit will come from the treatment you have given to your appearance, but the mirror doesn’t know that. It just reflects, over and over again, like a snapshot and without comment. It is made of glass. Besides, this neutrality sometimes becomes annoying, sometimes becomes convenient, let’s admit it. If by any chance we do hear a voice commenting, it would most likely come from our own personal inner radio.

The mirror makes it possible at the same time to observe what is and then to adjust to what could be: to rectify the positioning of the hair strand or even to modify the expression of our face “to see” what it would look like. Adjust, observe, evaluate, validate, in no particular order.

Self in front of oneself.

From psyché* to coaching

I have come across the “mirror” label given as an attribute of the coaching experience. The coach would be a reflection of his client. He would give the client the possibility to see, hear and feel himself. We already exceed the capacities of a mirror in the first sense of the word.

Here, the coach is a mirror that can envisage multi-sensory dimensions. The coach is no longer the simple and already revealing reflection of the glass. This mirror game implies two identities and two ways of being impressed by the same situation. They are two humanities facing or profiling each other and responding to each other. What difference then with a conversation with anyone? No difference in the presence of the two humanities. The difference comes from the interface, from the way these humanities relate to each other. It is the job of the coach to take care of the conditions for establishing this interface. It is useful so that each person can dialogue from his or her own territory without infringing on the other’s territory or being invaded his or her own, while still being in contact with each other.

Those who have had the experience of coaching probably know this feeling of having deeply understood oneself. Call it the “insight” or the “ah ah moment” if you wish. This feeling is accompanied by calmness and lightness.

That’s what coaching is all about.

*Large mobile mirror, pivoting on two uprights or in a frame

When a coach coaches a coach

So what happens when two coaches coach each other? I’ll let my colleague Alain Gadreau give his perspective.

These posts may be of interest to you :

…who is the fairest one of all? 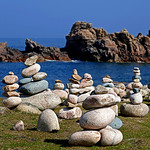 You can find out more about which cookies we are using or switch them off in settings.

This website uses cookies so that we can provide you with the best user experience possible. Cookie information is stored in your browser and performs functions such as recognising you when you return to our website and helping our team to understand which sections of the website you find most interesting and useful.

Strictly Necessary Cookie should be enabled at all times so that we can save your preferences for cookie settings.

This site uses Google Analytics to collect anonymous information such as the number of site visitors and the most popular pages.